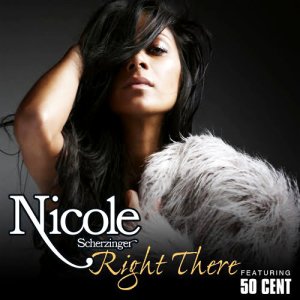 The only thing I knew about Nicole Scherzinger before listening to “Right There” was that she used to be the leader of the Pussycat Dolls. I suppose she had a good enough voice, but these days you never know because of auto-tune…

Anyway, the first thing I picked up on about “Right There” was the grotesque grammar. “Me Like It”? Really? This is what I’m talking about:

Almost as bad as “Friday”. Almost.

50 Cent doesn’t add anything to the song either in my opinion – unless his part’s purpose was solely to attract fans of his. It almost seems as if Scherzinger has not fully gone solo yet, because of 50 Cent’s feature and her constant employment of backup dancers in the music video.

Many people have stated that “Right There” is too similar to other pop songs – if I had listened to it a couple of months ago, I might have said the same thing. However, I’ve realized that with pop music each song is bound to sound like another song, so it’s not being too similar, just not different enough. And Scherzinger needs to stand out with more than just her toned tummy and killer outfits.

I like the new direction Scherzinger is taking with her album “Killer Love” as opposed to the poppy songs she’s done with PCD, but “Right There” was a weak single to release first. She’s going to have to work hard to gain popularity in this genre with other artists like Jennifer Lopez climbing the charts, but if she utilizes the strength of her voice and her co-host position on “The X-Factor”, then she has a chance of succeeding.

What do you think of “Right There”? Like it, love it, hate it?

Tagged as 50 cent, killer love, me like it, nicole scherzinger, right there