I’m not an avid fan of 2NE1, but I love their song “Lonely”. It’s powerful and poignant, stripped bare rather than bombarded with auto-tune, and the minimalistic use of only the vocals and a guitar accentuates the sheer solitude of the song. Quite a contrast from “Can’t Nobody” and “I Am the Best”. 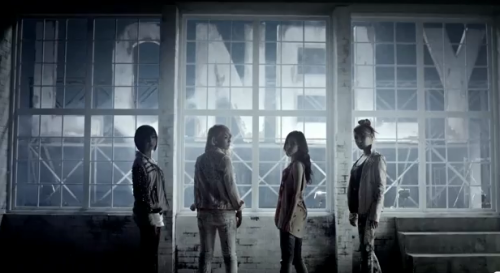 The music video works well, too. Besides that they all appear gorgeous and glamorous despite their melancholy, one thing that stuck out to me was that they weren’t actually alone, at least physically. They were surrounded by people, especially in the first portion of the video. This elucidates the idea that you don’t have to be isolated in order to feel lonely – you can be enveloped among your family and friends, but even then they may not be able to understand what is making you feel so alone.

If you haven’t deduced it at this point, yes, I have been feeling a little lonely lately (internet hug for triple alliteration, anyone?). I’ll save the topic of loneliness for another post, but I will say now that “Lonely” exemplifies something I love in K-Pop. Though I don’t know more than half of what they’re singing because I can’t comprehend Korean, I can feel the desolation and forlornness within the song as well as the music video.

From what I’ve gathered through translation sites, “Lonely” is about a girl who’s heartbroken over a guy*, or something along those lines. But to me, because I don’t speak Korean, the song isn’t just about loneliness on the romantic level, it’s about loneliness in general. That may be considered cheating, but isn’t that the point? To take away your own meaning from the music to fit you, the listener?

So that’s one reason why I listen to and adore K-Pop – some songs I utilize as workout music, but others, like “Lonely”, or “Replay” by SHINee, can be perceived in different ways based on the mood I’m experiencing. I realize that that can also be done with American pop music, but it’s easier when you don’t understand what the singer or group is saying at all.

What do you think of “Lonely”? Do you agree or disagree with my K-Pop listening method? 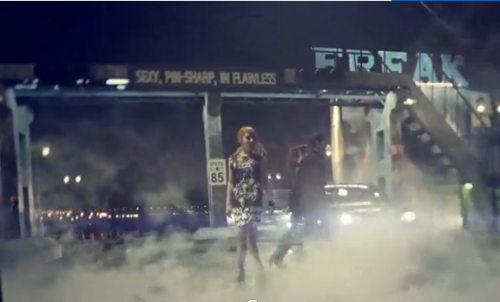 Thank you to Simon and Martina for pointing out "Sexy, Pin-Sharp, In Flawless" and the speed limit sign... 85 MPH, anyone?

*EDIT: My Korean friend revealed to me that the song is actually about a girl who feels lonely despite being in a relationship with someone, which makes me appreciate it even more because it pushes the point of not being physically alone, but still lonely.

Tagged as 2NE1, can't nobody, i am the best, loneliness, lonely