What have I been listening to lately? Besides “We Are Young” by Fun, I’ve been constantly replaying “Call Me Maybe” by Carly Rae Jepsen. You can watch the music video here. 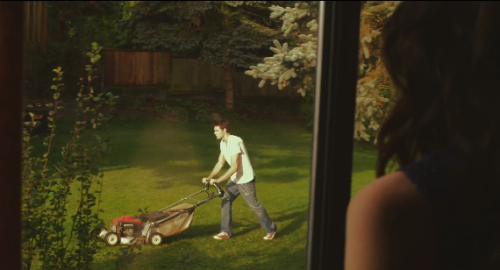 In the video, Jepsen kind of creepily stalks, er, watches her next-door neighbor... but it's in the name of love, so it's okay.

“Call Me Maybe” doesn’t possess much depth, but it is an extraordinarily cute song about a girl who is head-over-heels in love with a guy and is waiting for him to call her. Compared to all the other club/drugs/sex-centered songs on the radio nowadays, “Call Me Maybe” offers a refreshing respite coupled with a catchy chorus and well-written verses. It’s the antithesis of trashy and meretricious – it’s fun and lighthearted, sort of like a love at first sight type of thing.

The amazingly attractive male model in the video is none other than Holden Nowell... I Googled him just for the purpose of writing this post.

The video itself consists of Jepsen fawning over and falling for her stunningly beautiful neighbor. After admiring him from afar, she attempts to seduce him by washing her car in his presence. 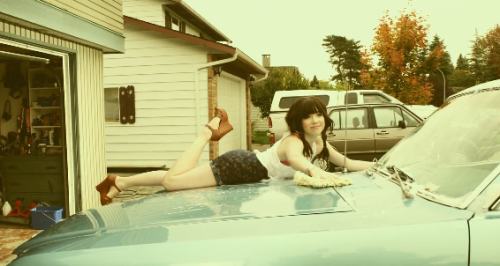 I can safely say I've learned a new method of seduction thanks to watching this video.

She then falls off of her car and passes out, awakening to Nowell’s smiling face. They laugh about her clumsiness, and he watches her sing for him. After her performance, she tries to give him her number… 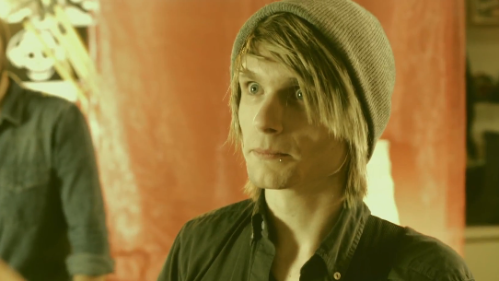 ... but Nowell decides to ask one of her band members out instead. Shocker! I mean, who wouldn't want Nowell's number? Anyway...

And that pretty much sums up the entire video. One of my friends pointed out that Jepsen is actually 26, yet in the video she manages to pull off a much younger-looking persona. Also, I’m curious as to whether Holden Nowell is actually gay in real life. Not like it matters – it wouldn’t affect his attractiveness or anything – but there have been online rumors though no solid confirmation from him. 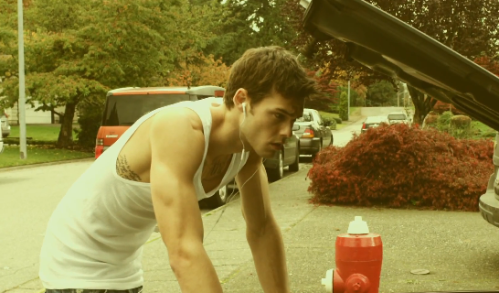 And I will end the post with a final picture of Holden Nowell. Does anyone find his muscles a little scary? They look nice, but, maybe if they didn't bulge so much... (I'm not jealous, I swear)

Would anyone like to share their thoughts on “Call Me Maybe” – either about the song itself or for the music video? If the only reason you read this post was for Holden Nowell, you can comment about him too. So I pretty much spent my morning collecting screenshots of a shirtless guy… well. Time to volunteer. See you guys next time!