The Problem With Being Yourself

We’ve all been raised to be someone else.

Newton was a nonconformist… I guess. I sort of just wanted to include a Cyanide and Happiness comic.

We’ve been raised that way for a reason. Many examples can be found in education. Stay quiet, obedient, and unmoving, unless you’ve raised your hand and have been chosen to answer a question. Study the same material and think the way your teachers tell you to, so that you can be successful like everyone else. Don’t ask any difficult questions, don’t question the status quo, and don’t think about applying to the colleges that no one else aspires to attend, in order to fit in. From an early age we’re taught that being like everyone else and following the same, formulaic rules of society are the foundations of success.

My mother raised me to conform as well. If I want to give her the benefit of the doubt, she had good intentions in doing so. Grow up and become a doctor to provide for my family. Repress my more feminine side and my penchant for strangeness so that I won’t be judged. Eliminate any desire to be different in order to destroy any chance of me not fitting into the mold of what she – and many others – see as the perfect son. It’s too bad she didn’t (and doesn’t) realize that by trying and failing to make me someone else, she did make me more passionate in my pursuit of individuality and divergent thinking.

Matthew Shepard lost his life because of his sexuality. Atticus Finch was threatened for fighting his town’s immoral ideas. Taylor Lautner faced taunting and teasing for aspiring to be an actor, stereotypically an atypical profession for an adolescent male. These individuals serve as shining beacons that we should strive to emulate, because they all, in various ways, didn’t do what was expected of them. They live – and lived – as themselves, and suffered as a result. They also motivated and inspired many. 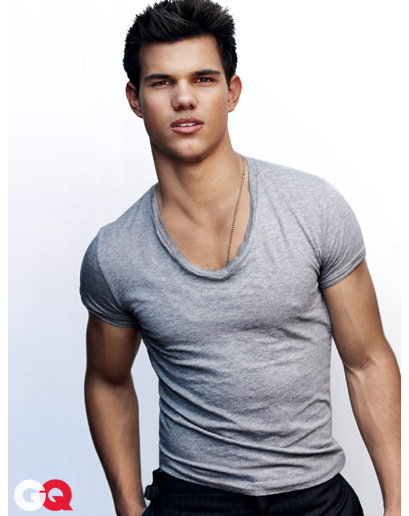 It’s hard to imagine that someone as attractive as Lautner was on the receiving end of such harsh criticism, but, hey, haters gonna hate. I bet those who picked on him are pretty jealous now… image via gq.com.

When you have the urge to say something uncouth, say it. When you have the desire to do something that goes against the crowd, do it. As long as you’re not hurting others, go ahead and give it an attempt – because it’s you who controls your actions, and your actions shape who you are. If you don’t display any signs of innovation or creativity, you can’t surpass even the smallest struggles in life. You won’t get anywhere as a mindless drone, or as a carbon copy of what your parents or peers want you to be.

Conformity can only cover us for so long. We cover our pimples with acne concealer. We cover our insecurities with barbed words. We cover our dissenting opinions and the dreams that we’re too afraid to reach for with average thoughts and trite beliefs. But wouldn’t it be so much simpler if we could remove all of our masks, and let who we are shine? As hackneyed as this sounds, wouldn’t it be so much easier if we could erase all of our covers, and create a world where we could be who we want without fear of persecution?

My history teacher once said that it’s much more difficult being a male in society. As a male myself, I generally agree with this. Girls can be feminine, tomboyish, goth, sporty, etc., but boys are regulated into being calloused, strong, and aggressive. I’m not like that at all. People are shocked when I say I want to stay skinny, or that I am afraid of spiders, or that I prefer reading to playing football or Grand Theft Auto. Sometimes, people have a problem with me being myself.

But you could cause change. You could be the better person, find more people like you, and inspire others to follow in your footsteps. You could save yourself from rotting on the inside, and, eventually, reap the rewards of being free.

Sorry for this somewhat messy post, the idea has been in my head for quite some time but I never was able to get it all out until now. My dorm room doesn’t have internet connection, so I am forced to write in the basement – a place in which I have limited access to. Does anyone agree or disagree with what I’ve written? Or has anyone else gone through a similar thing? One of the reasons I finally managed to pull this post through is because at the university program I am currently participating in, there are people who are striving to be someone else in order to impress others, which disappoints me… we’re supposed to be the best and the brightest of Virginia (and I think, for the most part, we are) but it is depressing that there are those who are still insecure about themselves.

Anyway, I am off! Once again, I apologize if the ideas in this post were presented in an overly broad or jumpy way, but… I hope others can still relate. Have a great week guys!

7 responses to “The Problem With Being Yourself”