With my move-in date for college in less than a week, I doubt I’d get to meet many older men – but if I could, would I? Several times when age-gap relationships come up, people automatically react with comments like “oh, that’s so gross” or “what a pedophile.” I don’t support relationships in which one person takes advantage of another, but in terms of mutually consensual relationships in which the partners have a considerable age difference, whose place is it to discriminate? 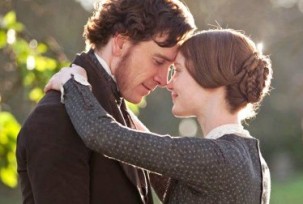 Some say women should not have children after a certain age. While I need to do more research on this topic, many studies show that it is more difficult to get pregnant later on in life – some people state that having children later on can lead to health issues caused by genetics. But just because a child may be more at risk for certain diseases does not mean we should infringe upon the mother’s right to have that child. If we did that, how would we regulate other inheritable abnormalities, like diabetes or color-blindness? The same argument applies to incestuous couples who wish to have children: where would we draw the line?

Others argue that parents with an age-gap would have a harder time raising children – maybe because one would be more out of touch with his or her child’s generation, or perhaps the older partner would suffer an earlier death. But while some age-gap parents may have issues, that doesn’t mean all of them will. The same train of thought applies to single mothers (Wendy Davis was raised by one, and she’s pretty kick-butt.) No one should generalize when it comes to what would make a family work. I know plenty of divorced parents who are within the same age range, and a few age-gap ones that are working out quite well. If we apply a societal standard to human relationships and rights based solely on an arbitrary measurement like age, we risk losing out on stellar pillars of love.

Here’s what we should all keep in mind: Age is just a number. Correlation does not imply causation. Just like we cannot assume an individual’s identity, moral character, or personality from his or her ethnicity or sexuality, we cannot make shallow assumptions about others based on age. Mature 18-year-olds exist, and immature 40-year-olds exist as well. There’s no minimum age for becoming an alcoholic, an abusive spouse, or a mass murderer, just like there’s no maximum age for becoming a caring, compassionate human being.

I understand that age-gap relationships are rare because people within the same age range tend to have more in common, but if two people with an age gap truly love each other in a mutually consensual way, let it be without castigation. Get to know the people – the human beings behind the numbers – before you judge.

Agree or disagree? I’d love to hear people’s thoughts pertaining to this topic – like if you know of an age-gap relationship in real life, or whether you would engage in one yourself. As I mentioned earlier I’m leaving for college in exactly a week so wish me luck if I don’t post prior to then! I’ll definitely keep on blogging though, even with studies and my social life. I hope you all have a wonderful weekend and you can read my thoughts on The Kite Runner by Khaled Hosseini and The Best Advice I Ever Got by Katie Couric here and here, respectively.