By the time I was ten, I wanted to dye my hair blond. At 12, I wrote in a journal that I was going to run away. Around the age of 14 I fought for people – but most importantly, myself – to accept me irrespective of my sexuality. 16 marks the period in which I discovered my purpose, to make a change. In one way or another I’ve done all of these things, through various proxies like bleach on a best friend’s toothbrush or a personal blog I’ve come to call home. Now the question remains: what is 18? END_OF_DOCUMENT_TOKEN_TO_BE_REPLACED

In Defense of Young-Adult Books 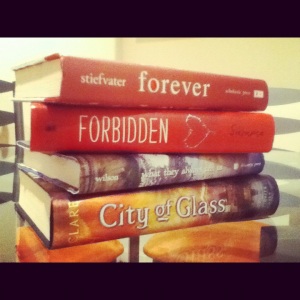 Some of my favorite books, that so happen to be young-adult.

Usually, I’m scared of my mom reading my posts. But not this time. With this post, I’m scared of my AP Literature teacher stumbling upon it, my elitist literature-loving friends finding it, or, even worse – my future college professors in the English department reading it. Because this post is dedicated to one argument: young-adult books are just as valuable as what many people refer to as “literature,” and on some occasions more valuable than such classics. END_OF_DOCUMENT_TOKEN_TO_BE_REPLACED

Going Too Far by Jennifer Echols

Going Too Far delineates the story of Meg and Officer John After. Meg, a high school senior, cannot wait to go to college and escape her backwater town as well as her domineering parents. John decided to stay in the city and fight crime – so when he catches Meg on a dangerous bridge drinking alcohol and doing drugs, the two collide in a way that creates romantic chemistry and sexual tension. END_OF_DOCUMENT_TOKEN_TO_BE_REPLACED

The Scorpio Races by Maggie Stiefvater 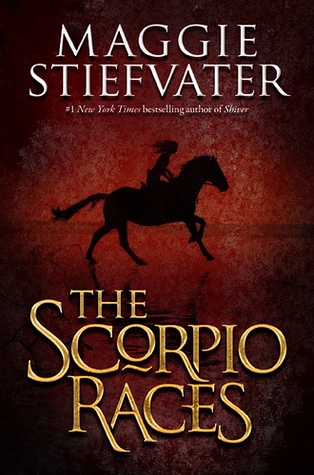 “It is the first day of November and so, today, someone will die.

Even under the brightest sun, the frigid autumn sea is all the colors of the night: dark blue and black and brown. I watch the ever-changing patterns in the sand as it’s pummeled by countless horses.

They run the horses on the beach, a pale road between the black water and the chalk cliffs. It is never safe, but it’s never so dangerous as today, race day.”

Reviewing The Scorpio Races, for me, is like reviewing my best friend. Maggie Stiefvater has already cemented her standing as one of my favorite authors with the Wolves of Mercy Falls trilogy – Shiver, Linger, and Forever changed me as a reader and as a writer – and she does not disappoint with her newest stand-alone novel. This book touched me, though in a different way than her previous works.

The most spectacular talent Stiefvater shows in The Scorpio Races is her power to pull readers into the setting of her story. Puck and Sean, our protagonists, live on the island of Thisby – the only place where the dangerous, man-eating capaill uisce (water-horses) are found. Through Stiefvater’s rich, beautiful descriptions, Thisby comes alive as an individual character; I was so wonderfully entrenched in the atmosphere of the island and its inhabitants that by closing the book I felt like I was leaving behind a second home.

Stiefvater’s characters shine in The Scorpio Races. Puck’s resilience and fierceness as the first female to ride in the races impressed me, and Sean’s cool, calculated, and somewhat callous demeanor grew on me too. There is a lot of character development in this novel – let me emphasize again, a lot – and I could definitely trace Puck and Sean’s growth as the book progressed.

Unfortunately, the pacing of this book proved to be a problem. As a diehard fan of Stiefvater’s writing, I did not mind at all reading pages and pages of pretty prose. She tackled numerous themes, including family, freedom, and coming-of-age, which I thought were all nicely fleshed out. Yet despite the book’s splendid setting, atmosphere, characters, etc., there was a bit too much development, and not enough action.

Don’t get me wrong, the actual races had my heart pounding just like any other thrilling climax. Only it occurred at the very end of the book and lasted for a mere twelve pages. I understand that Stiefvater’s priority in writing this book may not have been to focus on the race itself, but the book jacket led me to believe otherwise, and I’m sure other readers too.

Overall I did not feel as involved in The Scorpio Races as I did with the Wolves of Mercy Falls trilogy, but I enjoyed this book and am eagerly awaiting Stiefvater’s next work. Be warned that your heart probably will not race until the last fifty pages of the book, though if you are a fan of beautiful writing or Stiefvater’s other books, you’ll most likely enjoy the other 357 pages as well.

I am Homework, Hear Me Roar

My handy-dandy agenda book, which I use to record all of my deepest and darkest secrets... I mean, my homework.

If it weren’t for rain, I wouldn’t be writing this.

No, really. Here in Virginia we received so much rain yesterday the streets flooded and no one could go anywhere – including school buses. The Facebook statuses stating some variation of “No school! lawlz!” were innumerable.

I guess you could say I’m happy about it. After all, having an extra day off allows me to catch up on blogging and book reviewing, reading, working out, etc. I must apologize once again for the infrequent posts, school has taken over my life so I won’t be updating as much as I used to. I know what you’re thinking: now how will Thomas release all of his teenage angst? Hm…

Back to the subject. I have a love/hate relationship with homework. Here’s the hate aspect:

Math is like my kryptonite, except without the actual pain and stuff.

And yet, despite how much time it consumes and the headache it causes (I’m looking at you, Precalculus w/Trig Honors), I’ve kind of come to… appreciate, homework. Before you chase me out of town with your pitchforks, let me explain why.

Humans crave routine. It’s been proven. I’m human. That isn’t proven, but chances are it’s true. Therefore, I crave routine.* The amount of homework I receive requires me to spend hours and hours completing it every day – and when it isn’t particularly difficult, I actually don’t mind it much. Like I’ve listed on Facebook, I enjoy intellectually stimulating activities. Besides, homework is a piece of cake compared to what other people have to endure on a daily basis.

So what I’m saying is, now that the first week (er, three days) has gone by, I’ve become acclimated to the workload and accustomed to completing it from day to day. Not having school today threw me off a little bit, as I now have to check blackboard (an online site for teachers to communicate with their students) and my e-mail for updated homework assignments.

Not like I’m complaining. Now I have time to get ahead on my studies.

What do you think of homework or the tasks you have to complete daily? Is it burdensome or do you enjoy the routine it provides?

*can you name what mathematical property I used to come to the conclusion “I crave routine”? Comment and let me know!