Wonder Girls gives breaking into the American pop mainstream another shot, this time with Akon’s assistance. Before I go into the ridiculous song title and overall theme of the song, let me try and properly evaluate the single as best a non-music oriented person can. END_OF_DOCUMENT_TOKEN_TO_BE_REPLACED

Review of SNSD’s “The Boys”

I’ve said this before, but SNSD is the one girl group that everyone loves . I think they get the most attention out of all the girl groups, even if they aren’t necessarily the best girl group out there. Due to their ultra-popular hit “Gee” followed by a string of successful singles the name “Girls’ Generation” has been solidified in the K-Pop industry and rookie girl groups will always try to live up to the standard of SNSD. Yes, if one were to name the five most well-known girl groups you would probably hear “2NE1”, “Wonder Girls”, etc., but SNSD would definitely be mentioned. Definitely.

And now they’re taking over the world.

Okay, not really. A myriad of SNSD fans (and anti-fans, I suppose) were upset that SNSD produced an English version of their single “The Boys” (Korean video here, English video here). I understand that it seems like a wasted effort for them to spend their time promoting in a country where many, including their biggest followers, believe they won’t succeed – however, at this point, SM has simply released an English version of “The Boys” worldwide for others outside of Korea to purchase and listen to. They haven’t taken over the world. Yet.

When they promote (or if they promote) I think that “The Boys” will be a great song for them to start out with. Can you imagine them singing “Oh” or “Gee” to an American audience? They wouldn’t be chased away with torches and pitchforks, but I don’t think the response would be very warm either. “The Boys” offers a unique blend of K-Pop and a more westernized sound – courtesy of Teddy Riley – and shows an edgier side of the girls without taking them over the top. 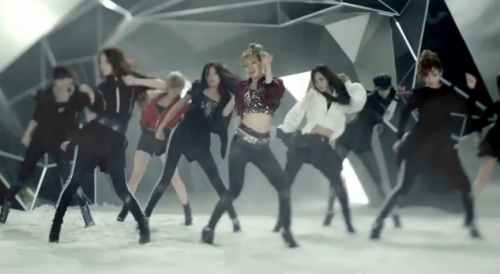 Hyoyeon kills the bridge of this song. Kills it.

I was happy upon first hearing the English version of “The Boys”. I could discern most of what they were saying without reading the lyrics, and for a nine-member girl group with only two members fluent in English, that’s pretty impressive. Yes, their accents are easily identifiable, but that was to be expected – hopefully by the time they begin real promotions they’ll have the kinks ironed out in their pronunciation.

As for the song itself, I like the verses, love the bridge, and am lukewarm regarding the chorus. The verses allow the girls to display their improved singing abilities, the bridge has a crazily catchy beat, but the chorus feels more like a chant than something you would catch yourself singing in the shower. To me, it takes away the momentum the verses build and sends the song in a simple direction as opposed to taking it above and beyond. Still, “The Boys” does not disappoint – I give it a thumbs-up. 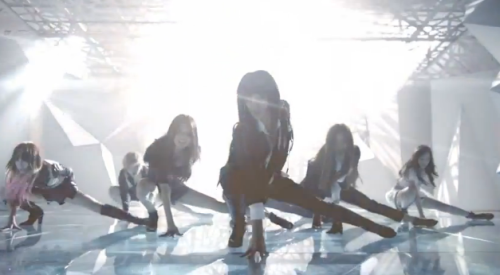 I honestly expected at least one of the members to mess this move up during their live performance - I guess my expectations of SNSD are too low!

I can’t say I have a preference between the music video or their live performance (live performance, here). While I appreciate symbolism, the random bird at the beginning of the video did not actually represent anything meaningful, so besides that I thought Teddy Riley did a decent job with it. To me the live performance brings out the girls’ voices during the verses more so than when one watches the video – in both, the middle eight is spectacular.

On a random note, one thing I would like to know is why SM removed the English version of the video from their channel – if Youtube had featured that instead of the girls’ live performances maybe more people would have gotten the song stuck in their head. I guess I should be thankful Youtube promotes K-Pop at all… unless they promote SHINee, because then there would be too much competition for Key. Although I could easily eliminate other fans by… I’m kidding. Kidding.

What do you think of “The Boys”? This song seems to have a wide range of positive to negative reviews, so, as always, I’m curious!